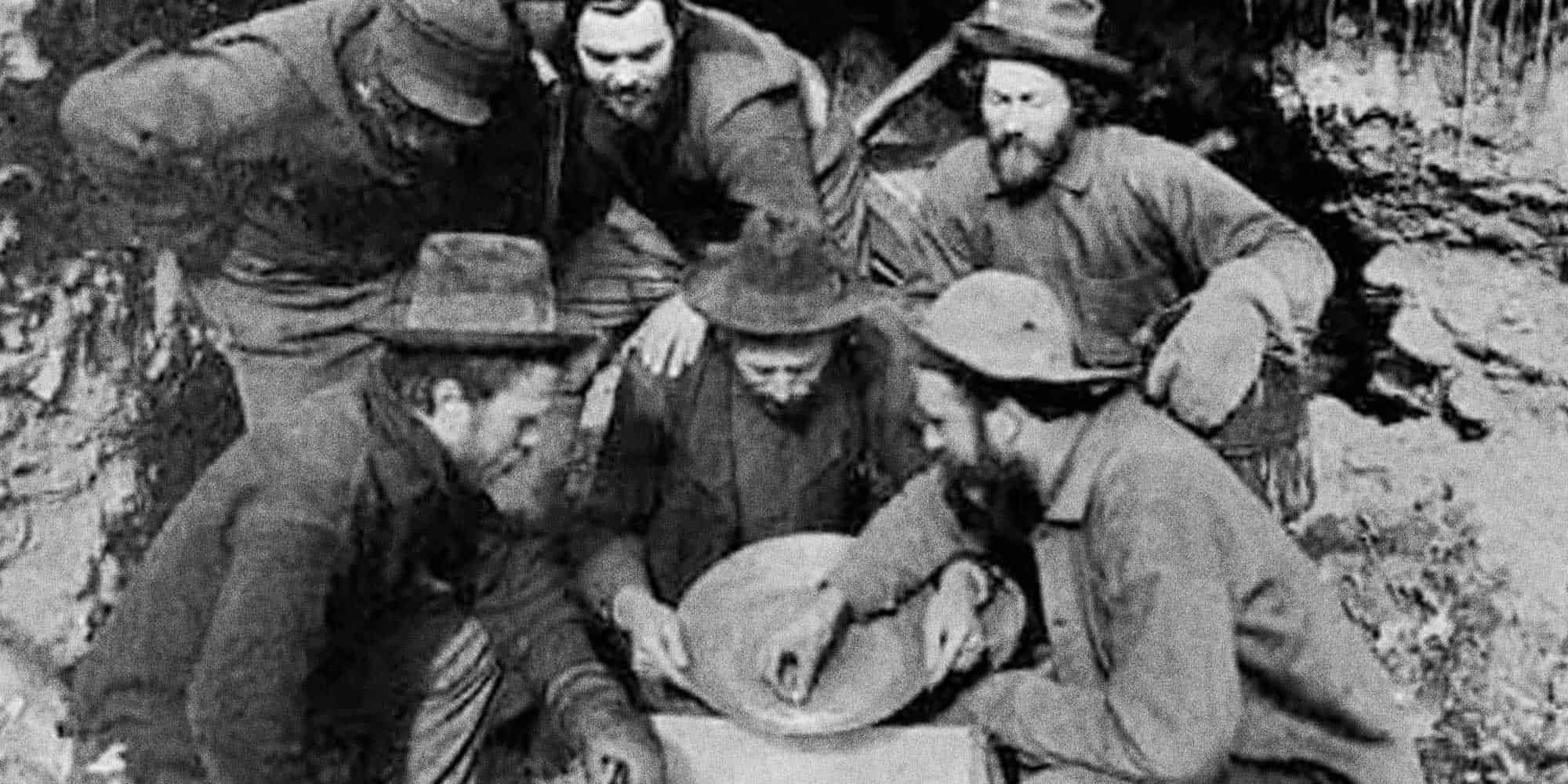 Before they accidentally struck gold in the winter of 1849, partners John Sutton and James Marshall had a more modest ambition: a sawmill.

Sutter, posting up in a remote valley of the Sierra Nevada after a life of eccentric enterprise, imported the IP for the mill from his native Switzerland. But focused on the core business of his fort downstream, and realizing the investment and time required to prospect for and secure the optimal site for the sawmill, possessing that unique combination of accessibility, river velocity, and a plentiful resource of Pine, he outsourced the job to Marshall:

The terms of the partnership were straightforward. Sutter would furnish materials for construction, and expenses and wages for the men; Marshall would supervise construction and manage operation of the mill. The two would split the profits from the sale of lumber.(1)

It was the serendipity of taking action — the construction of the mill, and more specifically, Marshall’s casual inspection of the tailrace channel prior to COD — that resulted in the California Gold Rush, and unleashed a wave of co-development deals, joint ventures, partnerships, schemes and scandals among its 300,000 global participants.

Reading H.W. Brand’s account of the era (The Age of Gold), I was struck by the timelessness of Sutter and Marshall’s initial co-development deal, and some of the subsequent partnerships in the ensuing rush. With the explosive growth, multitude of end-use applications (“segmentation”), technological advancements, and geographic diffusion of renewable energy, we see these arrangements often in our industry today. And the formula is basically the same (the contracts tend to be more complicated): capital from one side, specialization from the other, a defined project (or projects) and budget, and a split of the profit upon success. In a highly fractured market, co-development arrangements allow their partners to minimize overhead and opportunistically gain exposure to a very dynamic landscape.

The argonauts’ story also strikes a cord with the entrepreneur, for whom taking action to advance the possibilities for and probability of success is vital. Sometimes, its large actions, for example, embarking on a 3-month 6,000 mile sea journey to an unknown land, provisioned with such “common capital” as flour, bullets and an assortment of shovels, axes and picks (and wine). Very often, it’s smaller ones: a conversation, a request, a calculation, an experiment. The key is that the idea is released, with whatever dust she can muster, from wonder into the wild.

The key is that the idea is released, with whatever dust she can muster, from wonder into the wild.

As for Sutter and Marshall, their co-development deal had its flaws, namely a focus on logs rather than gold: the labor force and market for their timber dried up on account of the shiny stuff, and despite their role in the discovery, they didn’t pivot, and pocketed hardly a carat.

But it was an excellent site.

Photo from: From British Columbia Magazine, “The Ghosts Towns of the Fraser Canyon Gold Rush.”